The 2016 Antonine Trail was a stonker. With glorious autumnal sunshine, an excited group of racers and a cheery bunch of volunteers combined to bring a joyous atmosphere to this little event. 169 out of 225 entrants started, with 165 finishing.

It was a battle royale at the front with Ciaran Dougherty smashing Del Young’s 2015 CR, coming in at 1:26 exactly for the win. Rob James, runner-up in 2014, set a massive course PB in 1:26:26 and also beat the old CR mark to come in second again. Scottish International Kevin O’Donoghue took 3rd in 1:27:50.

In the ladies’ race Hilary Robinson completed the ATRX and ATR double, the first person to do so, by following up her win at the ATRX in May with victory here in 1:43:30. Angela Reid, finished 2nd in 1:52:19, despite some navigational issues adding some distance to her race, whilst Elsie Downham took 3rd in 1:53:40.

In the vets races, David Downey was first male and Moira Murray first female in the over 50 but-still-rapid-category. Provisional results are below.

The race team would like to take this opportunity to thank all volunteers (who were immense and plentiful!), supporters and runners. In addition, we would like to recognise Hoka One One, Tunnocks and Jordanhill Garden Supplies for their generous contributions to the race.

And lastly, the guys who all dressed up. You rock! 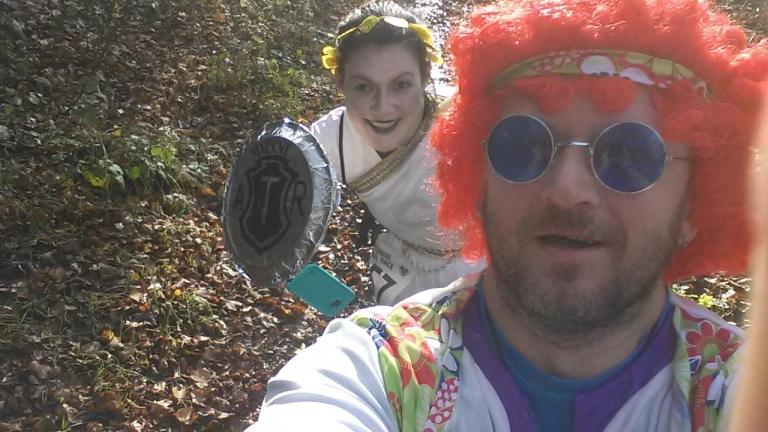